Search website
Downloads
In the download section you can find instructions, brochures, flyers and everything to download
to the downloads
Electric linear actuators for facade construction, industrial applications and solar trackingLinear actuator technology
English
Back to overview

In September 2017, after three decades in the Baden-Württemberg town of Beuren elero, the manufacturer of drive and control units, moved its company headquarters to Schlierbach, located 18 kilometres away. The move facilitates a more suitable floor plan for the new focused factory in the middle of an industrial area. 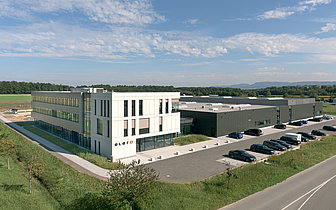 elero has literally gained ground at its new headquarters in Schlierbach, in order to continue to grow there as a modern lean company. Spread out over a total of 16,600 square metres, the adapted floor plan and surroundings are particularly well suited for further improving product ranges, manufacturing processes and services. 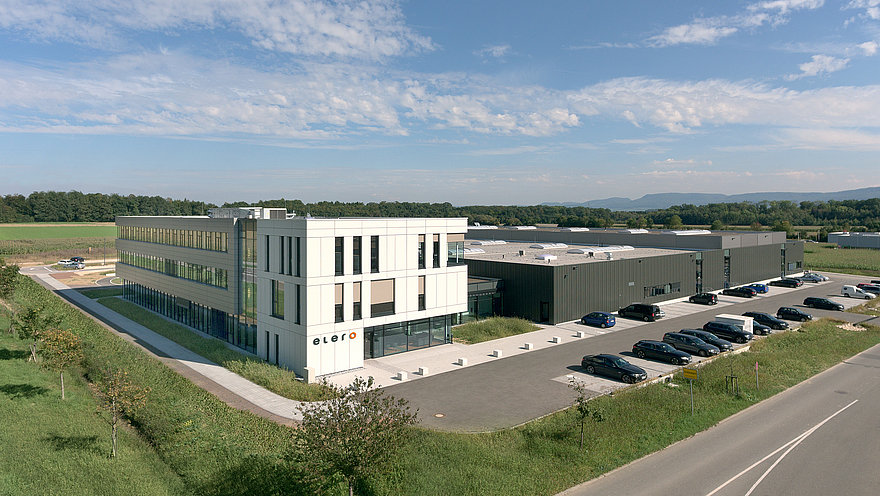 elero has literally gained ground at its new headquarters in Schlierbach, in order to continue to grow there as a modern lean company. Spread out over a total of 16,600 square metres, the adapted floor plan and surroundings are particularly well suited for further improving product ranges, manufacturing processes and services.

Here, elero seeks to grow as a lean company and further expand its range of products and services. Staying true to its company motto: innovative technology, elegant design, high quality.

With its move, elero is planning to rise to top form as an ambitious lean company. The company, founded in 1964 in Kirchheim unter Teck, produces drives and control systems for roller shutters and sun protection systems and rolling doors. Furthermore, linear actuators for facade construction, industry and solar technology are available. Since elero already produces venetian blind and tubular motors according to the lean principle, the new site offers the possibility to optimise capacities and lead times and adjust them to demand. elero had sales of 75 million euros in 2016 – and in so doing was able to increase its results for the fourth consecutive time. The company meanwhile has 430 employees worldwide, the majority of which, 340 employees, at the new headquarters in Schlierbach.

"Continuous process optimisations are required in order to facilitate manufacturing costs that are compatible with the market for excellent quality and high degrees of flexibility", says Enzo Viola, who has been CEO of elero since January 2017. In the new building in Schlierbach, elero is planning on exploiting these claims even more. Unlike Beuren, the company headquarters are now in the middle of an industrial area, with further expansion on the new site not being ruled out. All of this taking the importance of the lean strategy into account. elero seeks to use it to react even more quickly and flexibly to its customer demands. elero strives to further improve its customer satisfaction, which was most recently confirmed once more in its annual questionnaire. "The goal is to continue to improve in areas where we are already impressive", Enzo Viola says.

The loyalty to specialist trade is a confirmed principle of the company; it is a case of supporting the trade in a wide range of ways. An outstanding service right from the outset: customers receive individual consultation and can make use of measures to encourage sales or training sessions. Here, elero particularly values the dialogue with its partners in order to develop practically oriented products in line with the market together. These satisfy all requirements of the global market.

The drive manufacturer is a 100% subsidiary and independent premium brand for automation solutions in the Nice Group from Italy. Besides the location in Schlierbach, the company produces its linear drive technology in Pößneck (Thuringia). In so doing, elero banks on technology and "Made in Germany" product quality to the fullest extent.

You want to be registered on our press distributor? Then please send an e-mail with your contact data.